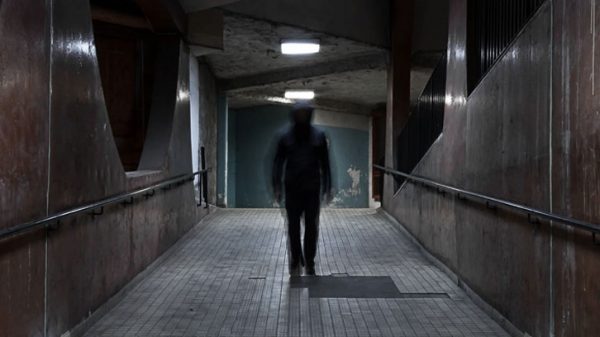 I’ve said it here before, but I often conceptualize a photograph after the fact, and sometimes even a series, along the way.
In short, there is not much reflexion in my approach to photography at first, I work a lot with envy and instinct.

In the case of this series of photographs, apart from the formal aspect (night photography, centered framing, blurred character), and conceptual flavor (a threatening silhouette approaching you, the spectator, frozen in a panic fear), I found that something was missing to give coherence, meaning to the whole.
It is by seeing the first photos of the series displayed below each other, with this shadow character more or less distant in the frame that I understood what was missing: a dynamic in the succession of shots, a progression in the fright… a narrative substance !

So now, this series tells the story of a chase, frame by frame, each new photograph illustrating this moment when the prey turns around to see this shadow predator who is inexorably advancing, until the fatal outcome… 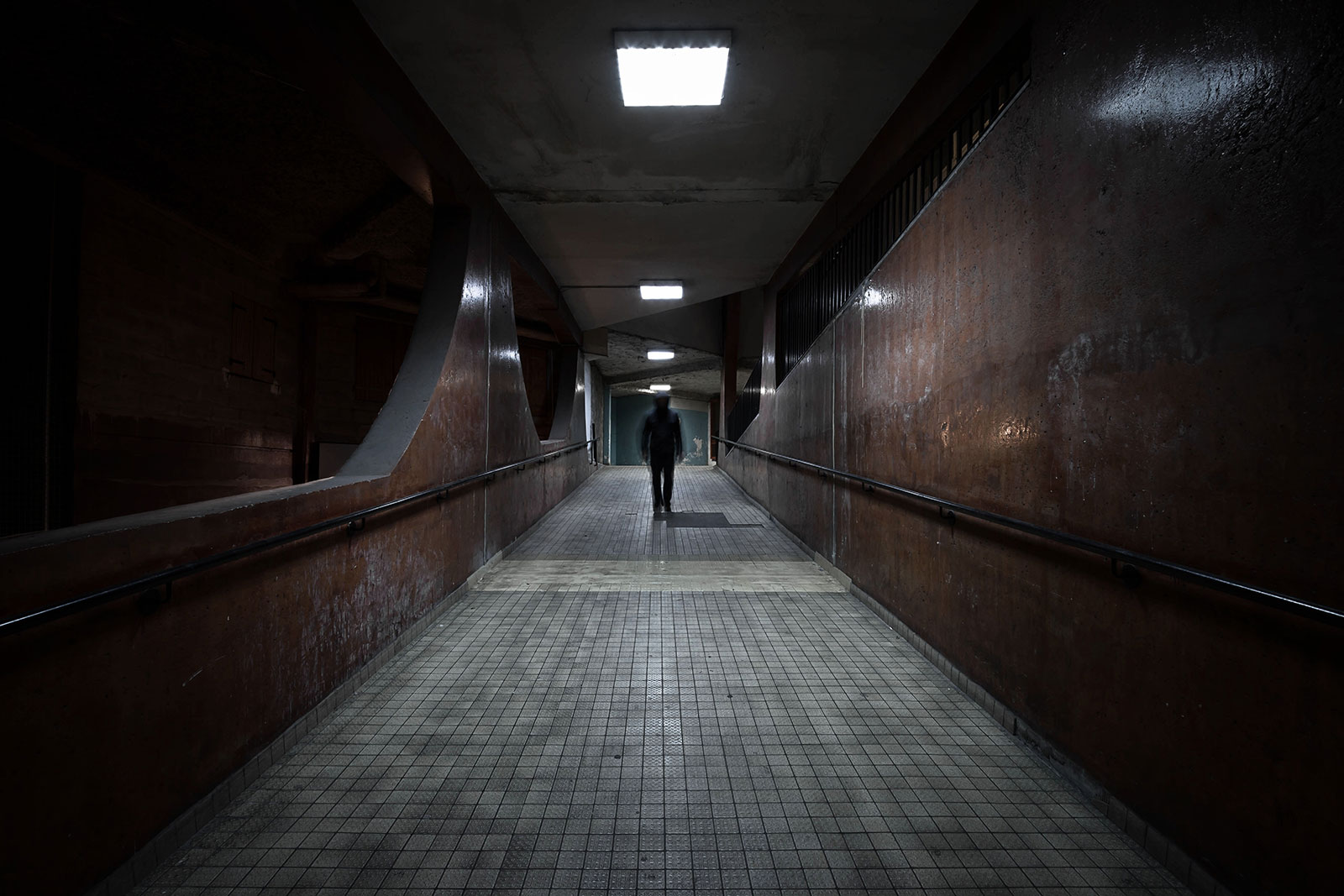 This photograph belongs to the narrative night series : Before it gets here