Before it gets here…

I struggle constantly against this reflex, but in truth, the other frightens me.
When I am alone at night in the street and meet someone, I am instinctively on the defensive.
The other is not a nice passerby, he is at best an annoyance, at worst a potential threat â€¦

This “in progress” narrative series at night illustrates this reptilian fear, hidden under layers of civility: the other is a shadow, an unknown, a danger.
Thanks to the framing of the photograph, the audience (You !) is frozen by fear, and can not escape to IT.

As the shots were taken, sometimes several months apart, this series turned into a frame by frame pursuit, each new photograph illustrating this moment when the prey turns to see this shadow predator approaching inexorably, until a necessarily fatal issue … 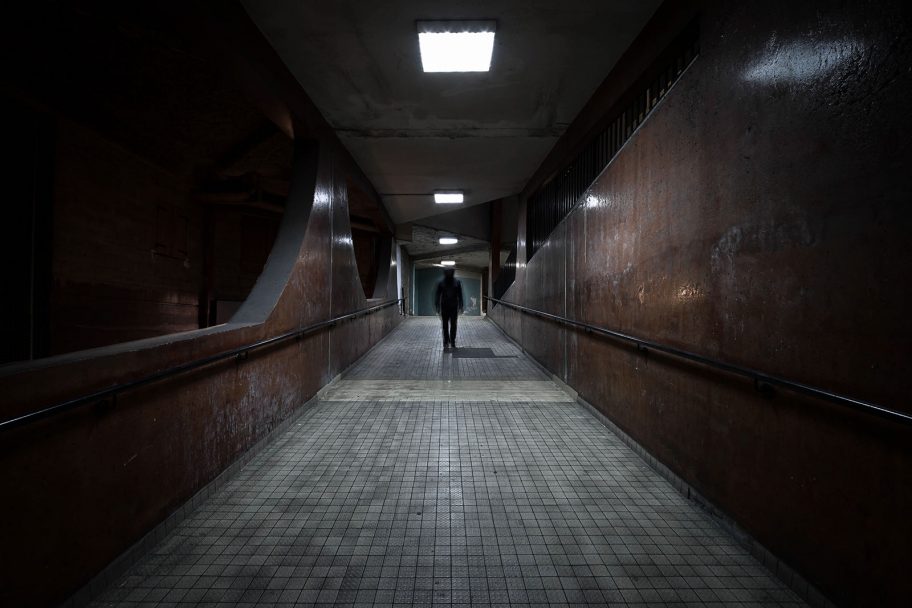 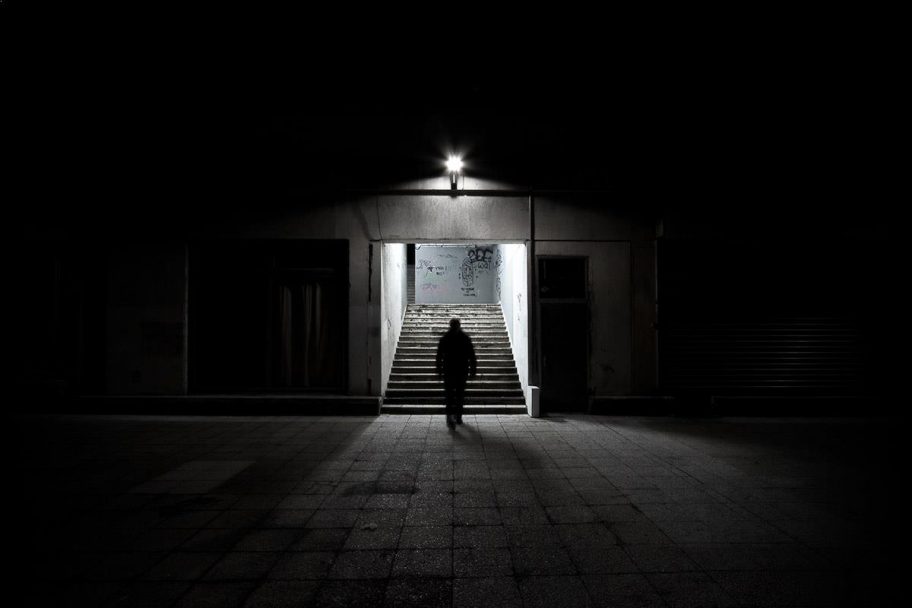 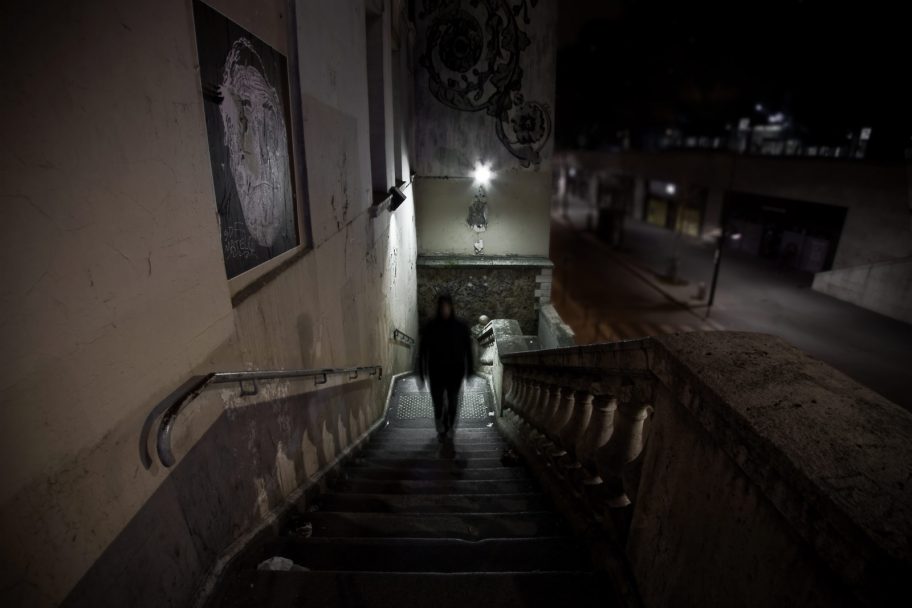 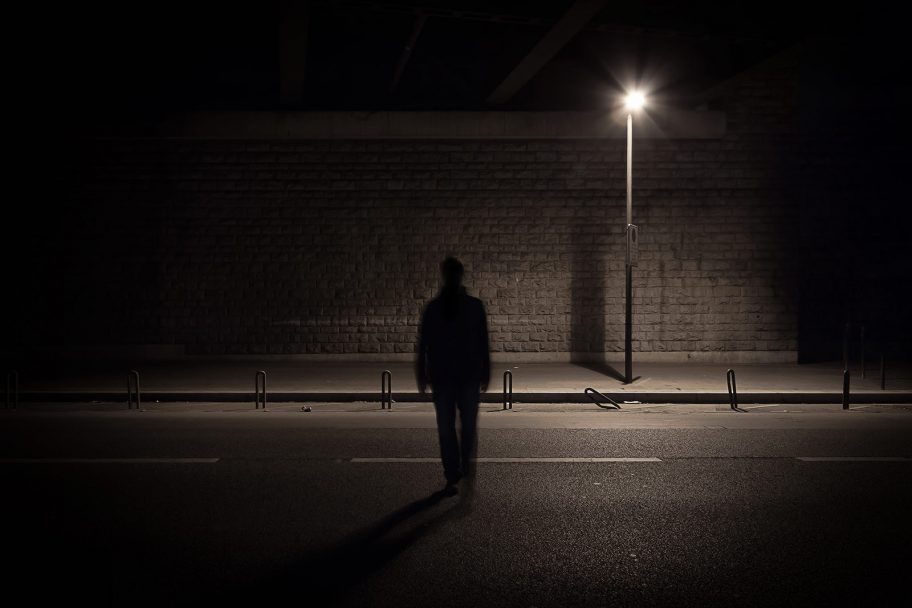